ChatBack, which allows motorists to renew their car licence through WhatsApp, has seen a massive uptake from South Africans.

Speaking to MyBroadband, ChatBack CEO Jan Kotze said a recent peak in activity saw them receive 44,000 messages in one day from South Africans who wanted to have their car licences renewed.

This followed soon after the launch of the service in November 2019.

The demand is thanks to ChatBack’s ability to take care of “unpleasant necessities” – like renewing a licence – in a safe and easy-to-use way, said Kotze.

Kotze said the renewal process takes only a few minutes and customers can expect their new licence disk to be delivered within five days.

The ChatBack websites lists the four steps to renew your vehicle licence as follows:

Submit your vehicle registration number.
Get a quote and make payment via PayFast.
Specify your delivery address and attach a copy or photo of your ID document and proof of residence.
Check the status of your licence renewal by sending “status” to the ChatBack WhatsApp number.
ChatBack will also send customers a reminder when their vehicle licence is up for renewal the following year.

Kotze said ChatBack is a first-of-its-kind in the licence renewal space, and the service has been approved by WhatsApp.

“When you look at the ChatBack number on WhatsApp, you will see that there is a green tick. This means it is a WhatsApp-approved service,” he said.

To ensure user information is kept safe at all times, which is a must when accepting details required to renew a car licence, Kotze said they have put world-class data-protection measures in place.

ChatBack has also partnered with Infobip and local financial institutions to ensure that its service meets all security requirements.

Offer to work with RTMC

RTMC spokesperson Simon Zwane said the service has not been sanctioned by the organisation, and cautioned those using it.

Kotze said the ChatBack service meets international requirements when it comes to security and data protection, and reiterated that it has been approved by WhatsApp.

He added that ChatBack did approach the RTMC before it launched with an offer to work together for improved licence renewals, but the RTMC declined.

Although they did not take up the offer to work with ChatBack, Kotze still believes there is a great opportunity for more South Africans to renew their license using the service. 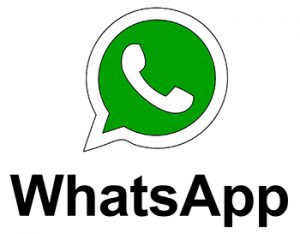 He went on to state that WhatsApp, as part of its policy, does not work directly with governments – and their business therefore provides a great avenue for governments to reach citizens.

“There is a nice fit, as we can work as a channel which takes private individuals through WhatsApp to government services.”

Big plans for the future

Currently, ChatBack is focussed on serving Gauteng – but an expansion to other areas is a consideration for the company.

There are several other projects in the pipeline, too, including the ability to help users deal with enforcement orders which can prevent them from renewing their licence.

Kotze said a “get back with ChatBack” initiative was also on the cards, which would provide users with coupons from partner companies that would exceed the cost of using their service.

How much Money does the Average

Bots can Skew your Analytics