Silver Wolf Enterprises was founded by Yvonne van Dijk in 1995 and has been rapidly growing ever since. Val soon brought in the branch in Canada ~ distance and time zones no longer mattered.

We are a small team by company standards but have proven over time that size does not matter; attitude, experience, application and motivation does. We have proven that age has nothing to do with ability, motivation and attitude. We are not afraid to be adventurous and try new technologies.

In this age of modern technology distance is not an issue. We work as a cohesive team and the job gets done, that is what's important. Our clients are not just a number ~ they are important to us and we strive to ensure they are happy with the end product 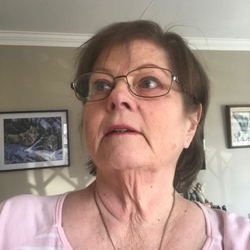 Yvonne is fondly referred to as 'The Boss' and believes in "the value of 'team work' and 'team effort'.

It all began when an Aromatherapy client (she is also a qualified Therapist), mentioned a problem on his website and that he could not get anyone to fix it. She got the problem sorted out for him and landed up redesigning the entire website and did all the maintenance. They have been her clients ever since. She is 'part of the family' and still designs and maintains their website, does their advertising and all their marketing. From this humble beginning Yvonne progressed to designing and maintaining websites, learning and applying updated technology for all her clients.

Yvonne's 'down-to-earth' personality ensures that she gets along with any age group and works well with people. She is a hard worker and although she has a tendency to try to do things alone she has learnt, and get reminded often, to 'hand over' to the other member of the team. She knows the strength of 'the pack' and that she is not an island.

As Yvonne says, "The impossible we do immediately, it is just miracles that take a little longer." Yvonne has begun studying for her degree in Digital & Social Media Marketing at BYU PathwayConnect and has passed her first semester with an A (GPA4). To her, age is but a number. 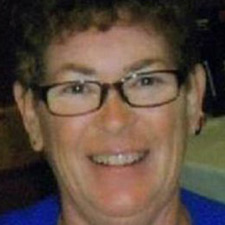 Val joined the team in 2008. Val is one of Yvonne's dearest friends and, as all good friends do, in an extremely busy period jumped in and offered to proof read. She simply stayed on as part of the team until recently when her position was made official, much to her surprise. She always thought she was too old to learn something new and has proven, repeatedly, that she can do anything she wants to and even does a great deal of the designing on many sites.

She finds the website construction interesting and has a thirst to learn and be more involved, which has made her an invaluable part of the team. Yvonne believes that you are never to old to learn and proved that to Val when with her guidance Val put her first website live. I think Val is still in shock over that feat, but she quickly followed it with a few more.

Val has solid managerial and administrative experience and is exceptionally versatile and adaptable. Her dedication and drive as a hard working individual, along with her superlative communication and team-building skills make her an exceptional team member. Her command of the English language is a great asset and she is able to easily distinguish between British, American, Canadian and South African English, a bonus. Val is a retired secretary, though still very active in the SARL in Canada, as well as her hobby, which all on the team are involved in, Amateur Radio.

The wolf is a symbol company with the  motto: "Instinct linked with Intelligence". She believes that we instinctively know what we like, what we want and what is best for us for that moment. When we look at it with wisdom, we will act appropriately. We can not control the future, only the moment of now and she strives to make each moment the best moment she can.

Other members of the team are consultants that live locally and abroad whose services are utilized when required, and not forgetting our furchildren are keep us company when we put in long hours.

Wolf brings a strong sense of faithfulness, inner strength and intuition, as well as learning. Sometimes you need to cross barriers, to take risks, to go beyond the limited compass of 'normal' behaviour in order to learn and grow; although crossing these boundaries may seem unattractive, and sometimes even painful. In reality, the wolf is a highly social, intelligent and friendly animal.

Despite the strongly negative associations of the wolf over the last two millennia, typified in children's stories, sufficient connection with the true nature of the wolf and its ancestral totemic and positive associations existed for Baden-Powell, when founding the Boy Scout movement, to ask children to call themselves wolf-cubs, and for the cub-leader to be called Akela, the wolf-pack leader of Rudyard Kipling's 'Jungle Book'.  This means a great deal to Yvonne as her father was a high ranking Scout Master and she herself was involved in the Scout / Brownies / Girl Guide programs.

Just as Merlin found companionship in a wolf, so can we. Wolf will teach us, through experience, to trust ourselves and not to fear or reject those parts of us that we do not yet understand or know. 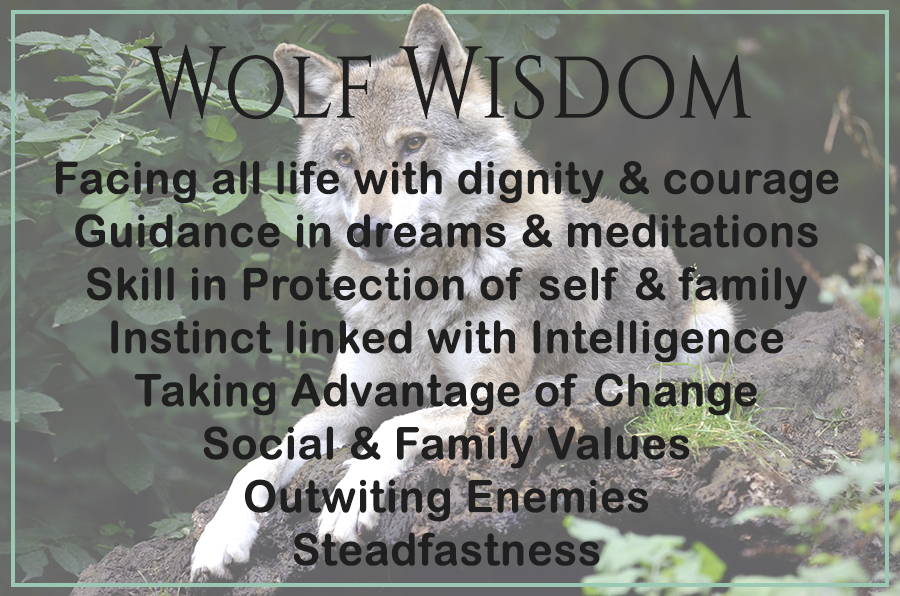 The closest Yvonne has ever come to the wolf is with Alaskan Malamutes. Sadly, when her last Malamute passed on she could not take the heart break anymore and decided to step into the opposite side of the dog world. While our animal comrades are now two Pekingese (Miya and Coco)  and  two Schnauzers (Yaesu and Cody), the company will always have at its heart, the spirit of the Wolf Pack. 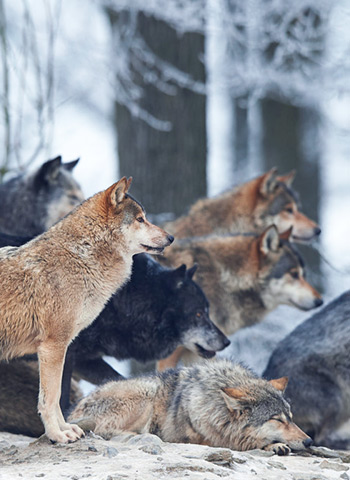 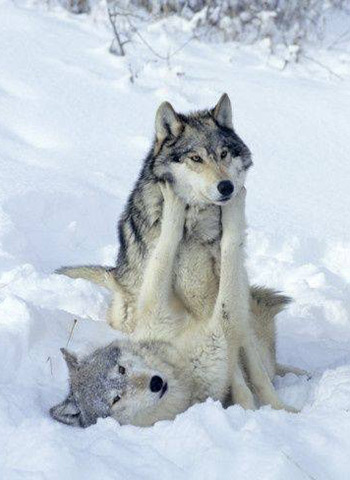 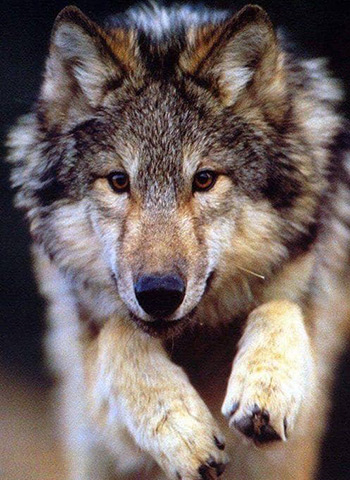 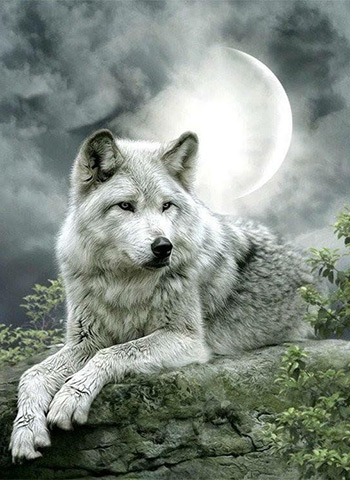 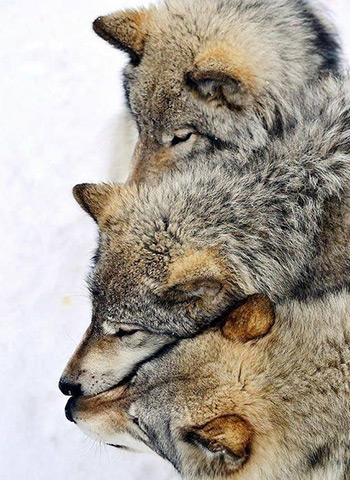